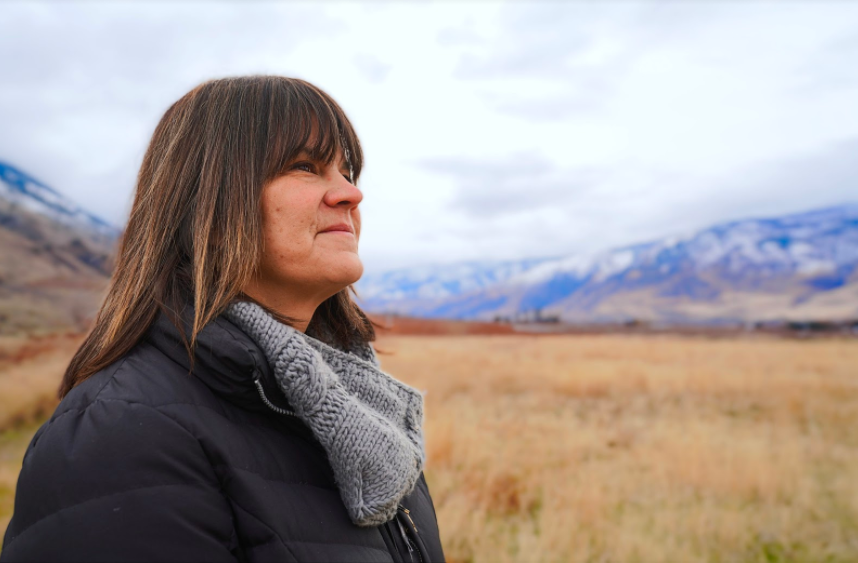 By Purppl TeamOctober 25, 2021No Comments

kinSHIFT generates over 700 paid registrations in 3 months, for workshop series for non-Indigenous settlers.

South Okanagan based Non Profit IndigenEYEZ, founded by Kelly Terbasket & Kim Haxton, has been empowering Indigenous communities, and in particular their youth, for almost a decade.

Offering land based learning & leadership training, predominantly through youth summer camps, the program has a measurable positive impact on those who participate. Indigenous youth from all over Western Canada have been lifted up by the reconnection to the land and the confidence they build through IndigenEYEZ’s unique arts based activities, storytelling and teaching methodologies.

A Sustainable Approach to Funding

Sustainably funding these impactful camps and workshops, however, has become increasingly challenging through the usual fundraising, donations, and grants. In particular, as costs continued to rise, Covid brought new operational challenges, and local First Nations communities had increasing demands on their limited financial resources.

Kelly and her team realized this work needed to be offered at minimal or zero cost to the young Indigenous participants and their communities if it was to have the widespread and long lasting impact they had at the heart of their goals. But to do this would require a more sustainable approach to funding.

The catalyst for the Social Enterprise concept of KinSHIFT as a separately branded and operated program, charging market rate fees to settlers, was the increasing requests of Kelly and the team to teach non-Indigenous folks about Truth & Reconciliation. The emotional labour needed to facilitate others’ learning is intense, and the IndigenEYEZ team, walking together in partnership with a small coaching team from Purppl, recognized the potential of the business opportunity ahead of them.

Fast forward through a deliberate period of focused work on branding, workshop content development, financial analysis, team building, marketing messaging, sales development & Theory of Change work, and the team was ready to launch a pilot series of 4 signature workshops via Zoom in June 2021.

With 50-100 paid attendees at each session and positive feedback from attendees, it was then time to roll out a 6 month program of 24 repeating workshop dates from September 2021 to March 2022. When the dates were originally set, it wasn’t known that one of them would fall on the first National Day for Truth and Reconciliation on Thursday Sept 30th. 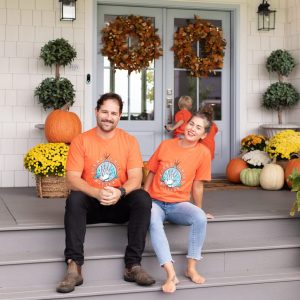 Jillian Harris and her family honour National Truth and Reconciliation Day on November 30, 2021.

Word of mouth and social sharing by close champions has been one of the most effective marketing tactics to date, but free PR & earned media for a new social enterprise is priceless, of course.

When Okanagan based Canadian TV personality and interior designer Jillian Harris connected with kinSHIFT having heard about their work, the first thing to ensure was the authenticity of the connection. Jillian is best known for appearing on the television series The Bachelor, The Bachelorette, and Love It or List It Vancouver and it was important to kinSHIFT that it was not an example of “performative allyship” with no meaningful follow up or action.

Day for Truth and Reconciliation

It was important that in inviting Kelly to contribute a guest blog for publication on September 30th, that there was a willingness to actually attend the workshops too and a recognition that reciprocity was essential for the work involved in crafting it. The organization understood fully, had team members attend the workshop, and made a generous donation to IndigenEYEZ’s work in return for the writing. The result was a collaboration, shared on their high profile social media channels to 1.3 million followers, that saw hundreds of thousands of positive engagements and contributed in part to over 100 individuals paying to attend the kinSHIFT workshop that day.

A Powerful and Local Way to Learn About Truth and Reconciliation!

It is hopefully the start of a longer term, meaningful relationship that will help extend kinSHIFT’s reach way beyond what a fledgling social enterprise would have been able to plan for in a first year marketing budget. It is also an example of settler reciprocity that we need to see more of. What more can settler led organizations do to cultivate strong relationships with Indigenous led organizations, to lift them up, to hold space, and to ensure we move forward together and engage everyone in our personal networks, our organizations, and our communities to think, feel, relate, and act differently. 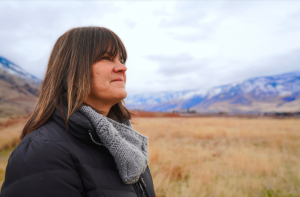 The impact of kinSHIFT’s work is becoming increasingly clear and is being measured both quantitatively and qualitatively. The financial breakeven per workshop has been surpassed with an average of 74 settlers attending each session to date. The feedback surveys distributed to all participants are specifically designed to reflect the agreed-upon learning outcomes and impact measurements from each individual workshop, with questions pertaining to both pre- and post-workshop knowledge and feelings.

Before participating in a workshop:

After participating in a workshop:

This kind of comment from an attendee of the September Earth workshop is common:

“Personally, as what I’d call a first generation settler, I initially thought of it all not relating to me personally. However, after listening, hearing insights and sharing experiences with the group, I now feel not only roots (that I may have planted here), but acceptance, acknowledgement, some shame and guilt, but most of all, a drive for inclusivity, working together, to move forward and to work on a cohesive, harmonious community”.

Creating the Model for Educators

And for any social enterprise like kinSHIFT, whose business is in education and learning, and in particular learning of this level of importance to society, this kind of parting comment from a recent attendee is a clear indicator that the business is on the right path:

“Everything is awesome. Other workshops are boring and predictable. Yours are creative, fun and educational, which makes them 10x more enjoyable and 10x more likely that I will remember and act on the content/messages delivered.”

Are you interested in cultivating relationships with Indigenous peoples and place?

kinSHIFT is an Indigenous-led initiative supporting settlers who are committed to building respectful relationships with Indigenous peoples and places. Our experiential, arts-based workshops and programs allow participants to learn, practice, ask questions, and make mistakes in a safer environment, all while building a foundation for engaging meaningfully with Indigenous peoples.

Purppl acknowledges that our team works from the traditional, ancestral, and unceded territory of many nations, including the Syilx / Okanagan people, where we host our operations. We aim to be strong allies in building a sustainable, regenerative, and just economy and contribute to a future defined by collective wellbeing, equity, and the health of the air, land, and water.